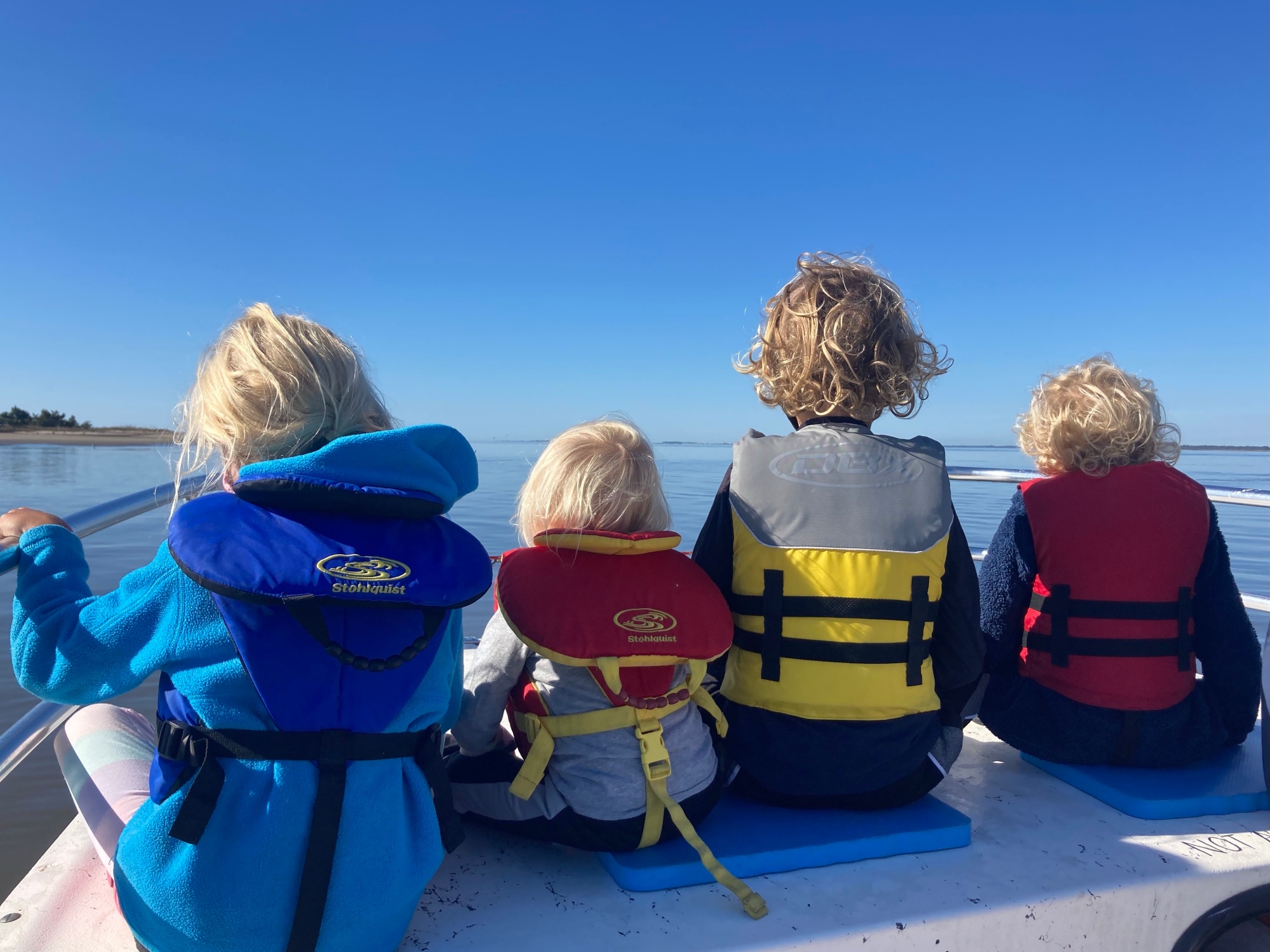 Our brains are full and our senses overloaded after our Botany Bay Ecotour. Not only the edible sea lettuce, dolphins, univalves vs bivalves, atlatl-like structure of the egret neck, shell middens, bird-poop-before-flight, the difference between a bay and sound, sea island vs barrier island, mollusk milkshakes, the role the Palmetto played in the Revolutionary War, and reading an animal’s zone of tolerance but we learned:
✨Harriet Tubman’s work in the area freed 750 (!) enslaved people through these local rivers.
✨ In the late 19th century, the feather trade was killing thousands of wild birds whose feathers were used to adorn hats. Even without voting rights, two socialites from Massachusetts held tea parties where they urged the attendees not to wear feathered hats. Eventually they had local and federal laws passed to outlaw the trade of wild bird feathers.
✨ During a new moon (which is March 13 this month!), high tides can ebb and flow as much as 7 feet in a day.
✨ In 1 acre of marsh, there is around 1 million fiddler crabs.

Not only did our brains totally swell, but the kids also exercised some of their own knowledge. Meg quizzed them and they answered with elaborate responses, demonstrating what I would call some fairly strong knowledge of marshes, oceans, birds, and marine life. It felt like a college-level ecology and biology midterm that my six year old was acing.

Kids, if you are reading this one day, just know that you all are blowing my mind right now.